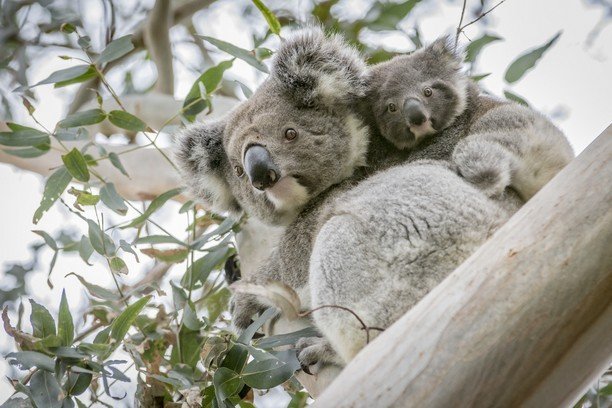 Record-breaking temperatures and months of severe drought have fuelled a series of massive horror bushfires across Australia in the summer months of 2019-2020. The areas most affected were southern NSW, far eastern Victoria and Kangaroo Island in South Australia. At least 33 people have been killed – including four firefighters – and more than 11 million hectares (110,000 sq.km/27.2 million acres) of bush, forest and parks across these regions of Australia has burned. Up to 2,000 homes have been lost. More than 1 billion mammals, birds, and reptiles likely lost their lives in the blazes. Smoke pollution from the fires reached New Zealand over 1,000 miles away. These are very sad facts indeed….

And what has happened since? The rains have helped contain many of the worst fires in February 2020. The ongoing incredible generosity from individuals, groups, organisations both from local and global communities has helped with Australia’s bushfire recovery. The Australian Government has sprung into action with a dedicated effort. There have been many bushfire relief concerts ranging from events at the local hotels to International stars such as Katy Perry & Mylie Cyrus announcing their support with upcoming concerts. Community fundraisers abound.

These efforts and events all signal a collective hope. Hope that we can make a difference. Support those directly affected. And in the words of our National Bushfire Recovery Agency it’s all about……Relief. Recovery. Regenerate.

Here is a quick look at some of the amazing bushfire recovery initiatives & stories:

Tennis stars from across the world joined forces at the Melbourne Australian Open in January to help the victims of Australia’s bushfires by turning aces into donations. The Aces for Bushfire Relief campaign encouraged the public to pledge a donation for every ace served by their favourite tennis player. An amazing 11,058 aces were served over the duration of the Australian Open with a total of AUD $5.8 million raised.

Blaze Aid is a volunteer-based organisation that works with families and individuals in rural Australia after natural disasters such as fires and floods. The volunteers work alongside the rural families and help to rebuild fences and other structures that have been damaged or destroyed.

A Victorian man put his own life on the line to help save koalas that have been impacted by the bushfire crisis in East Gippsland. After fire tore through the eucalyptus forest in Mallacoota, Patrick Boyle ventured into the still-smouldering bush to save the lives of the vulnerable marsupials. The 22-year-old said he just wanted to do his part after seeing everyone rally around one another. Read more

A number of incredible new initiatives have been launched on Instagram showcasing the abundance of small businesses in bushfire-affected communities, encouraging Aussies to spend their money at places that need it the most. It’s a way to put money directly in the pockets of these fire-affected businesses & service providers. #spendwiththem, #buyfromthebush, #emptyesky

After saving countless homes and lives in this hellish bushfire season, firefighters can now look forward to a free cruise as a reward. Over 7000 volunteer first responders will enjoy a luxury 4-night cruise compliments of Royal Caribbean International. Read more

A new campaign has been launched to encourage visitors to support the communities who need our help by visiting and staying awhile. While donations have flooded in from around the world, the number of tourists visiting has dropped by 80 per cent in some regions compared to the same time last year. The campaign is focused on the regions hardest hit. By booking a trip to these regions we can all help the local economy and pump much-needed funds back into towns that need tourist dollars to survive. #DontDelayYourStay.